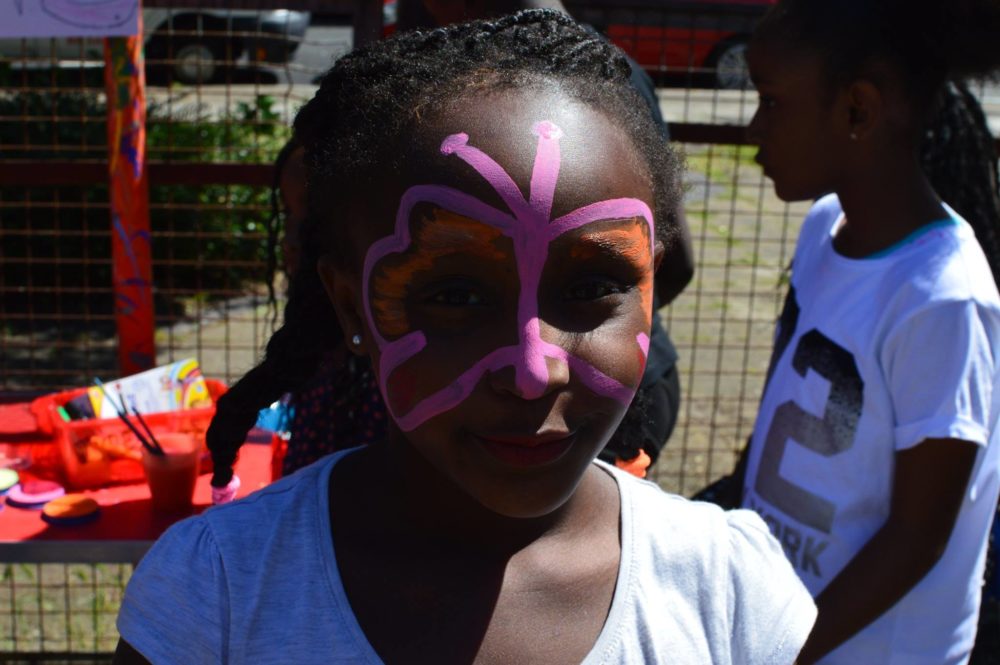 Welcome to our adventurous and exciting playground!

Timbuktu is a safe haven – the garden that everyone wants to play in. Come make new friends, paint your portrait, climb on the rope bridge, hide in the treehouse, build a den, plant a seed or take a risk on the thrilling drop slide. The playground is hidden in plain site with wooden fences shielding a fun filled play space for all ages. There is an enormous sand pit and a pond with frogs and apple trees. Timbuktu provides an exciting and safe space for children to jump, climb, run and enjoy playing out, to meet neighbours and friends and explore the world of their imagination.

When it first started, Timbuktu was known as Hanley Crouch Adventure Playground. It was set up by local residents and originally was sited just around the corner next to the Laundry. In its early years the playground was quite anarchic and political. Initially, with no building, the winter months were hard, until refuge was found through taking over the Laundry. This became the playground’s building and was originally run on a local neighbour’s electricity. Hanley Crouch Adventure Playground included a double decker bus which took children on trips out of the area. The playground moved to its current site in the mid 1980’s and changed its name to Timbuktu not long after. The Adventure Playground has since welcomed generations of Islington’s children to play.

Timbuktu Adventure Playground is open Tuesday to Friday after-school from 3.30pm-6.30pm. These play sessions are free for children aged 6 and over.
There is no need to book, but children need to be registered to attend.

We are also open every term time Saturday between 12-5pm. 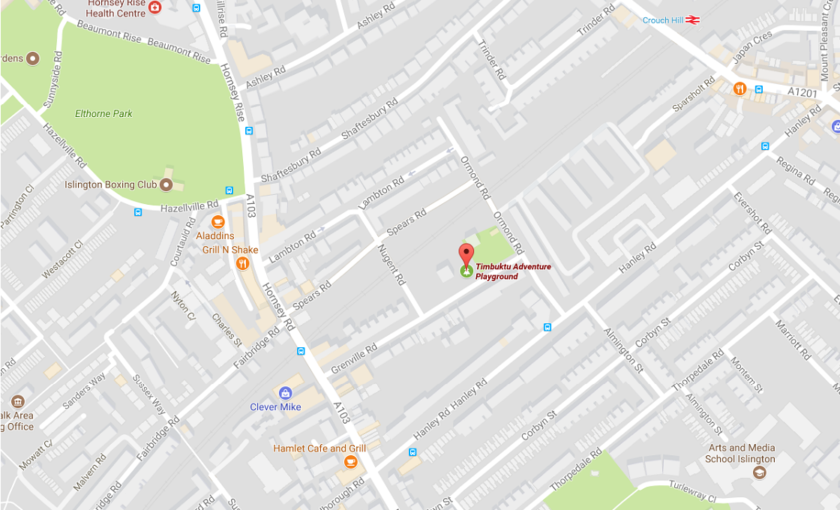 Timbuktu is available for parties on Sundays and Mondays during term-time and on Saturdays and Sundays during the school holidays. It provides a lovely private space for you and your guests to enjoy the equipment and structures and to play hide and seek or other games. You can use the kitchen and the hall to create your own party environment. 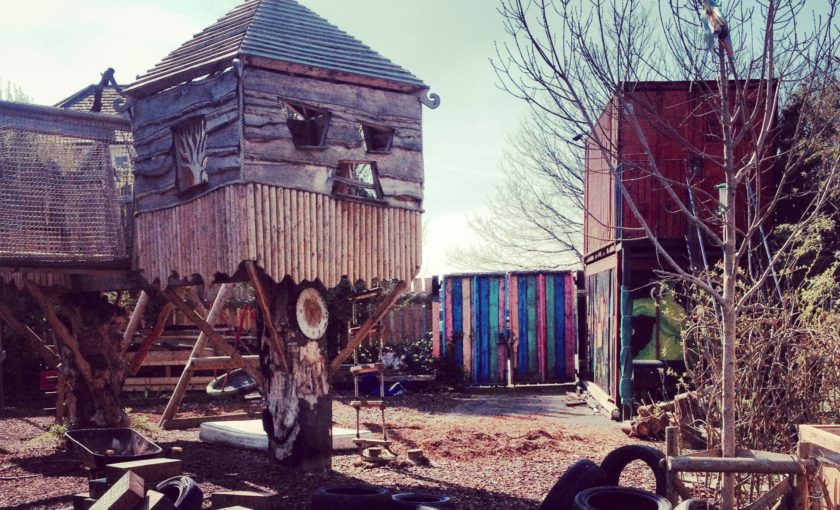